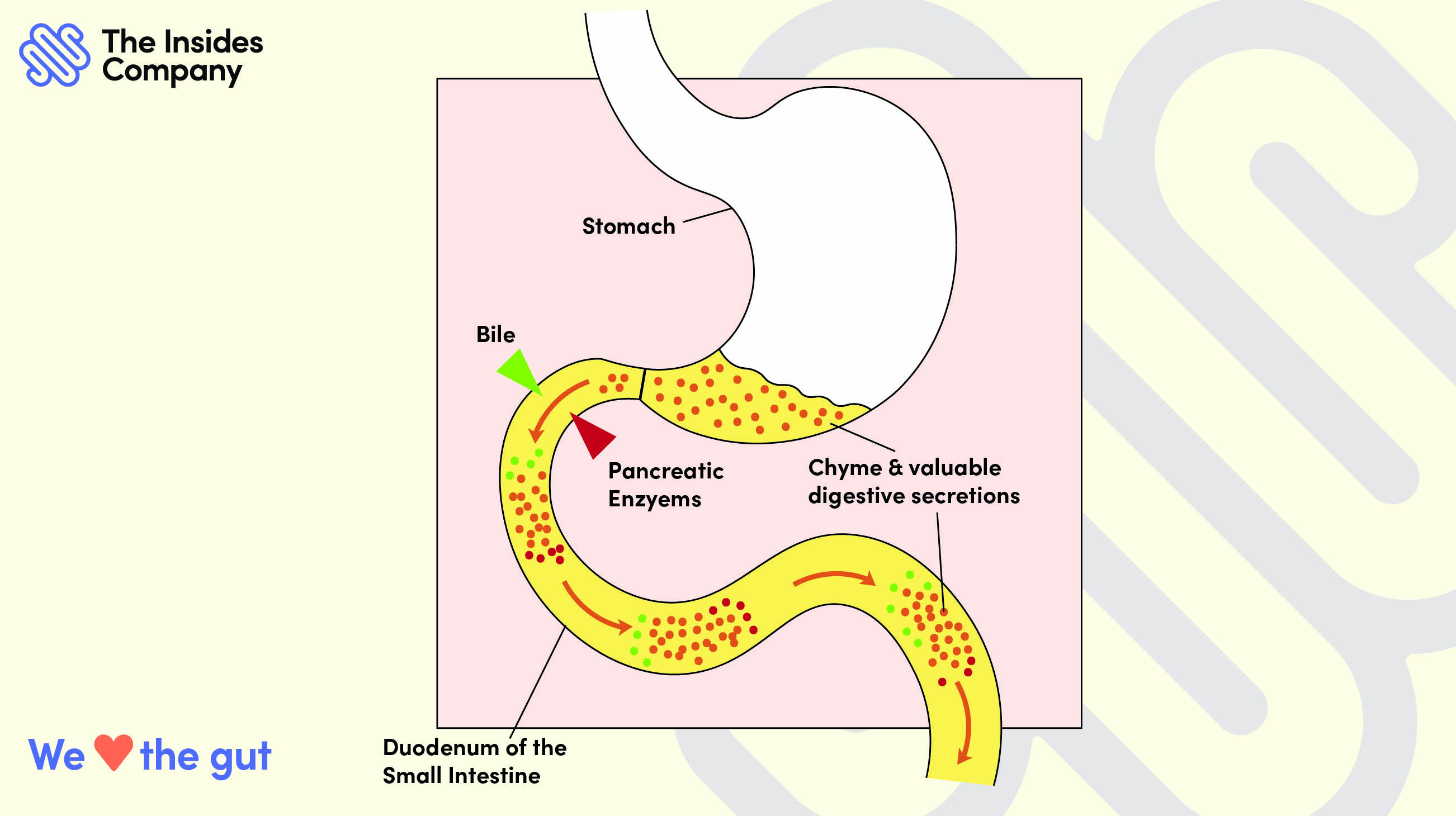 Chyme (“/kʌɪm/”) is the medical term used to describe the pulpy and semi-fluid composition of partly undigested food, fluid, stomach acid/gastric juices (hydrochloric acid), and digestive enzymes such as pancreatic enzymes and bile. Chyme is initially created in the stomach through both mechanical and chemical processes and passed on into the small intestine for absorption. Chyme is a critical component of gut health and the digestive system. It contains valuable digestive secretions crucial in the maintenance of fluid, electrolyte balance and gut biome.

How does the Digestive System Make Chyme?

The stomach is where chyme is initially produced. Located on the left-upper side of the abdomen, the stomach is a long cylindrical organ which breaks down boluses of food through an involuntary churning action called peristalsis. This mechanical process couples to a release of clear gastric juice/stomach acid to produce acid chyme (first state of chyme). The main constituent of gastric juice is hydrochloric acid, a highly acidic chemical capable of breaking down some types of fats and proteins present in food. Together, these processes allow for the nutrients in chyme to be absorbed by the small intestine as it is slowly expelled from the stomach into the duodenum.

The duodenum is the first part of the small intestine and is approximately 30cm in length. The duodenum is the location where pancreatic enzymes and bile are secreted. These fluids aid in breaking down the nutrients present in the chyme arriving from the stomach. The pancreas sits behind the bottom half of the stomach and produces clear alkaline pancreatic juice which contains enzymes that enable starch (carbohydrates) and proteins to be broken down. The liver produces an alkaline fluid bile (bright green, yellowish or olive in appearance), which is transported and stored in the gallbladder for secretion into the duodenum. The bile functions to aid the digestion of fat (lipids) present in chyme.

All the digestive enzymes continue to break down the different carbohydrates, proteins, and fats in chyme as it travels from the duodenum into the jejunum, which is the next section of the small intestine. The jejunum is around 2.5m in length and is where most of the now easily digestible nutrients are absorbed from chyme into the bloodstream for the body to use. Chyme travels through the jejunum into the ileum, which is the last part of the small intestine. The ileum is approximately 3.5m long and continues to absorb nutrients as well as some fluids from chyme. As it travels through the ileum, the thin liquid appearance of chyme begins thickening as an increasing amount of nutrients and some fluids are absorbed into the body. Finally, the chyme moves from the small intestine into the colon (large intestine). The large intestine absorbs the rest of the available fluid from the chyme, and some vitamins and nutrients.

If a patient has an enteroatmospheric fistula or enterostomy located somewhere along their small intestine, they may be losing large volumes of fluids, enzymes, and nutrients from their body before it can be absorbed. The earlier chyme is lost from the small intestine, the more energy, fluid, and digestive juices will be lost. By collecting the chyme lost out of their fistula or stoma and refeeding, also known as reinfusing, it back into their body using The Insides® System, it enables the body to continue to absorb the valuable nutrients and fluid from chyme; significantly improving the patient’s path to recovery and health outcome. 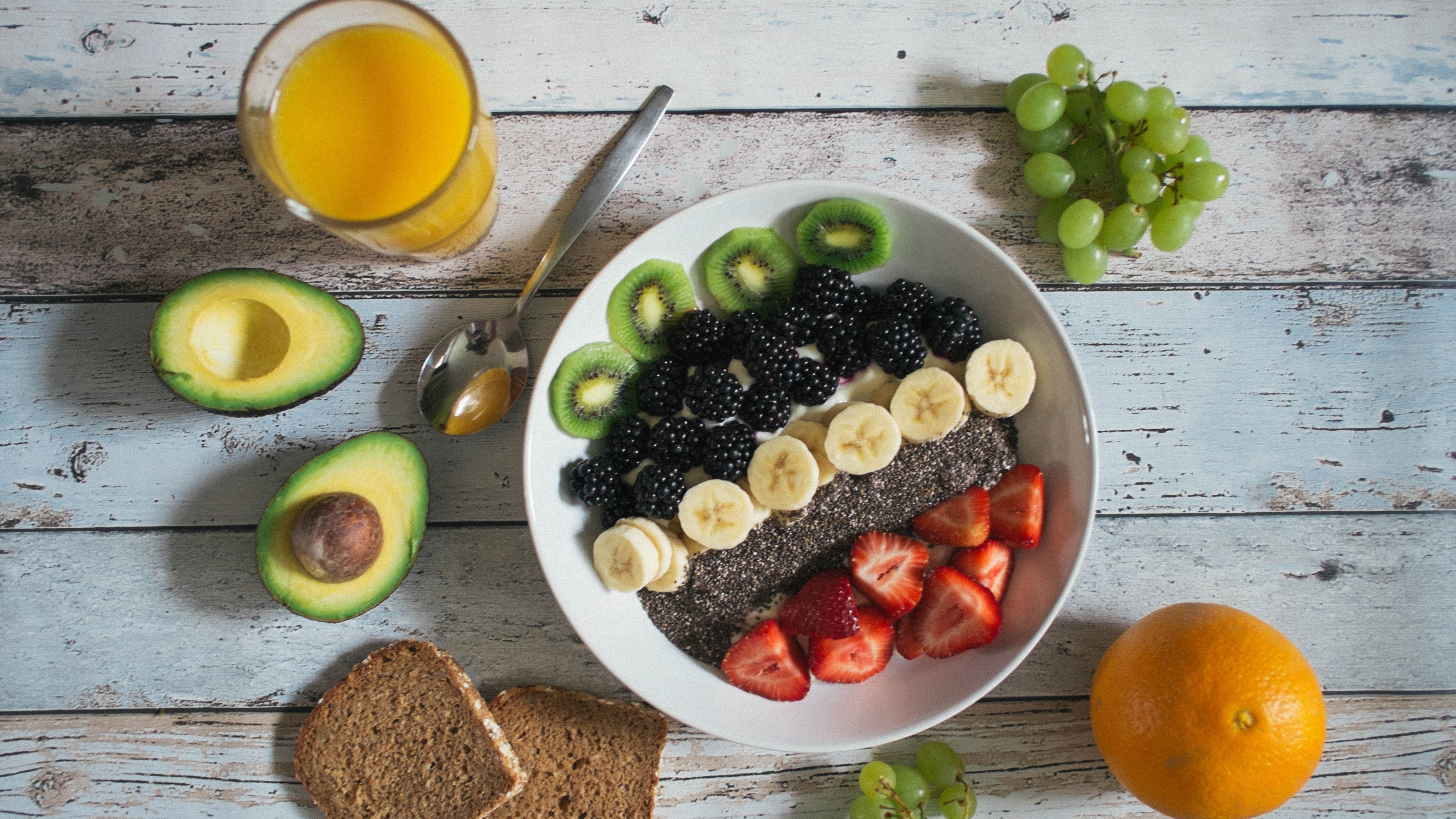 In the context of intestinal failure caused by short bowel syndrome or a proximal enteroatmospheric fistula a Dietitian is ideally placed to help patients... 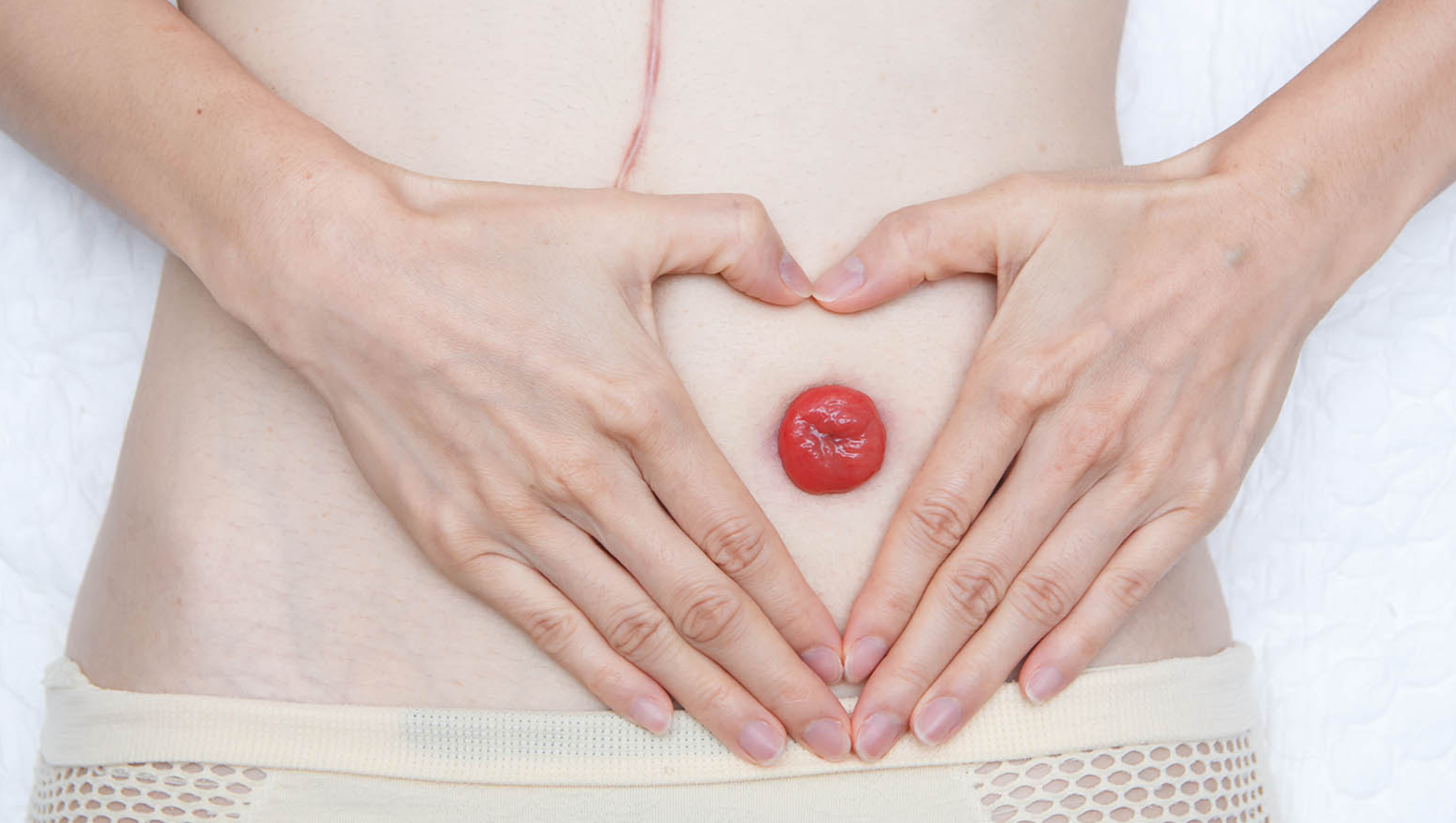 What is a Stoma?

This blog will briefly detail what a stoma is, their purpose, and the common types of stomas and how they are brought up to the abdomen...